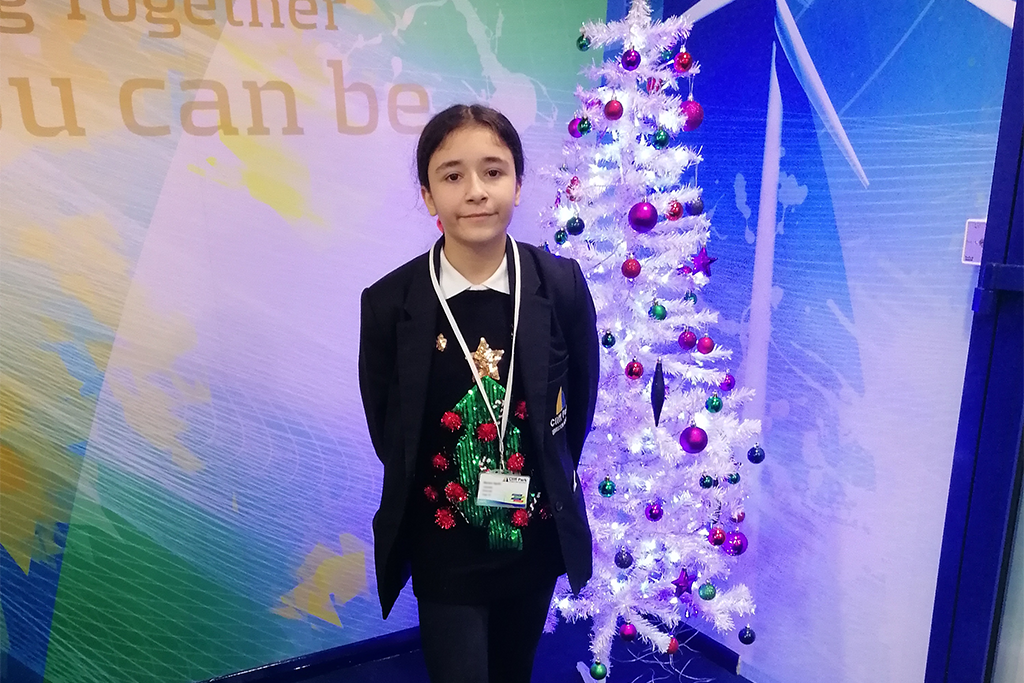 Students from Cliff Park Ormiston Academy have teamed up to record a charity single this festive season, with all proceeds going to Save The Children.

Year 10 student Mariane Agudo provides the wistful vocals for a cover of Christmas classic “In the Bleak Midwinter”, with Year 11 student Myo Han playing the piano. The song was recorded in response to Harbour Radio’s call for positive messages during the festive season.

The cover was professionally recorded and produced by Access To Music, one of the school’s education partners, with producer Lavar Bullard also donating his usual fee to the charity.

As well as the Christmas single, the school took part in Save The Children’s Christmas Jumper day on Friday 11 December to help raise funds.

The school, which has a long history of supporting charities across the UK, is looking to raise £1,000 for charity, which strives to make sure every child stays safe, healthy and can keep learning, so they can ultimately become who they want to be.

You can listen to the song here, while money can be donated through the school’s Just Giving site.

“I’m so proud of Mariane and Myo. They worked very hard to record this, and, thanks to the invaluable support of Access To Music, the end result is fantastic. It’s such an evocative and thoughtful song, and we hope it brings back positive memories for anyone who listens.

“I’d like to particularly thank Ian Johnson, Head of Talent and Cetera Artist Development at Access to Music, as well as Lavar Bullard for their time and support in bringing this together.

“It’s been a challenging year for so many people and Save The Children’s work has perhaps never been more important. As a school community, we have always sought to support good causes, and I’m already very thankful to everyone who has donated so far.

“Any amount of money, no matter the size, will have a positive impact, and I hope people can give as generously as possible.”