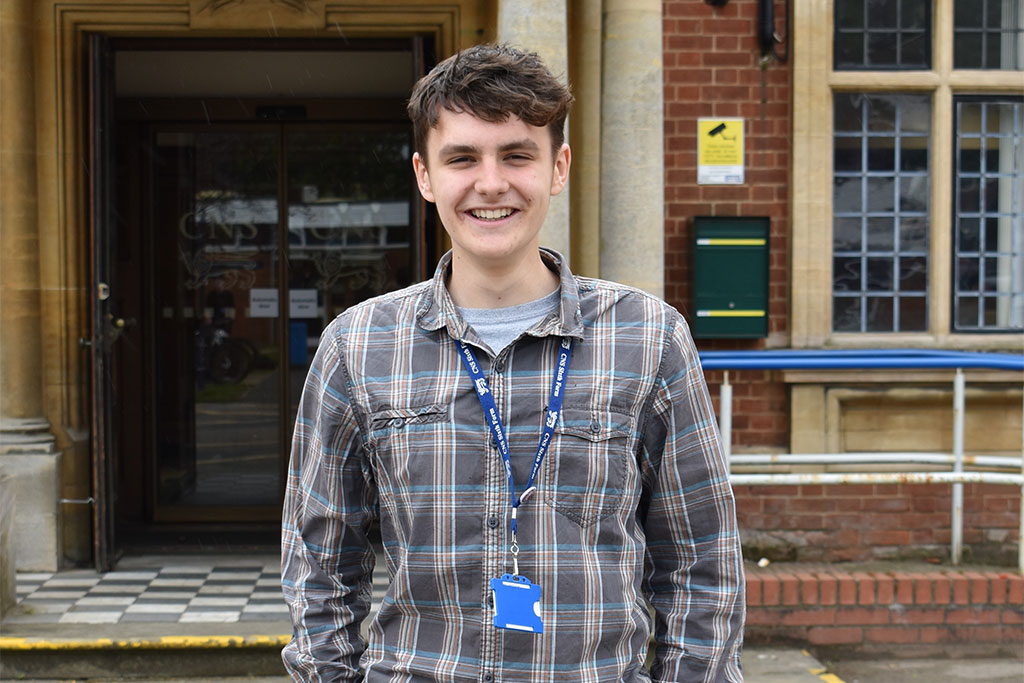 City of Norwich School is celebrating with one of its students after his successful audition to become a National Youth Theatre Company Member.

Year 12 student George Potter has secured a place on one of the theatre’s highly sought-after intakes summer courses after successfully completing a two-stage virtual audition for which over 12,000 people initially applied. He will now attend a two-week induction course at Royal and Derngate in Northampton at the start of August, where he will work with industry professionals alongside young people from across the country.

This is the second time that George has applied for a place at NYT, the first being an in-person audition a couple of years ago in which he was unsuccessful. Unperturbed and with lockdown giving him the time to consider his options, George decided to give it another go.  He will now follow in the footsteps of greats such as Daniel Craig, Tom Allen, Lynette Linton, Helen Mirren and Ed Sheeran.

George has had an ambition to go to drama school from an early age and has attended Theatre Arts courses since the age of seven. He has also performed in all of the CNS musicals during his time at the school. His mother, a drama teacher, taught actor Sam Claflin and Sam used to babysit George when he was little!

George said: “Sam Claflin is someone I admire a lot.  He really inspires the younger generation and because, like me, he comes from Norwich, it makes a career in the industry seem more achievable.

“I am so excited about going on the NYT course and I’m really looking forward to it.  It will be my first experience back in to acting since Covid and I am hoping that it will open up a variety of opportunities.”

Caila Carr, subject leader of drama said: “George is a hardworking and talented student who has engaged in the school musicals and GCSE and A-level Drama. We are incredibly proud of George’s achievement and know he will have an incredible time working with NYT.”

Once he has completed the summer course, George will become an NYT Company Member up until the age of 26, providing him with a whole host of exclusive opportunities such as internal casting auditions and backstage positions on NYT productions and external casting opportunities for TV, film and stage as well as work experience, training and youth programme opportunities.

Following his summer course, George will return to City of Norwich School Sixth Form where he is studying A-level Theatre Studies.