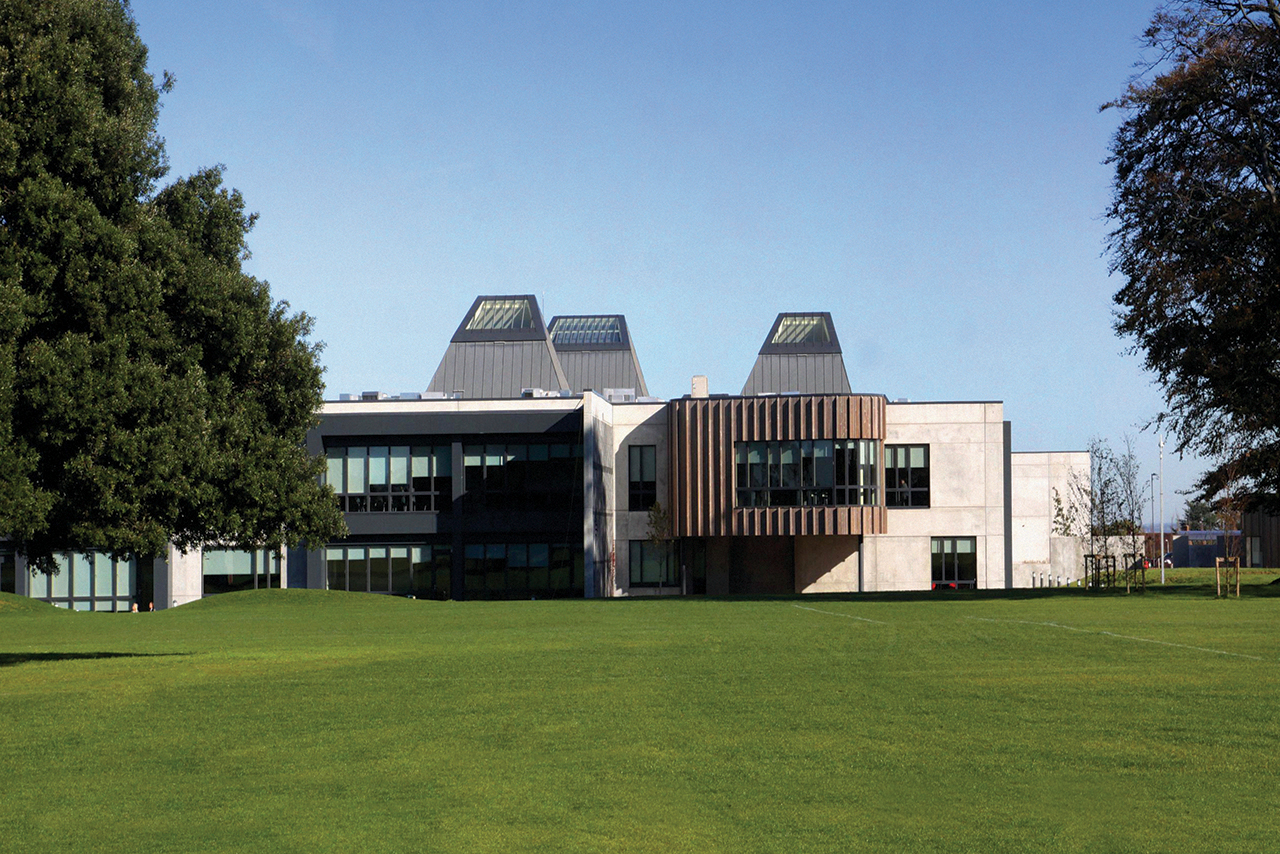 With the forthcoming local elections, Cowes Enterprise College has not only one, but two students standing to represent their parties on the island, and both are among the youngest to stand.

Cameron Palin became the youngest councillor in the country in November when he was co-opted onto East Cowes Town Council for the Green Party. Now he’s preparing to stand for the Green Party in the Osborne ward at the upcoming elections on 6 May.

Cameron’s first involvement with local politics was in 2017 when he campaigned to reopen Ryde Arena ice rink. Cameron worked closely with his local council and his eyes were opened to how he could make a difference to his community. He then supported the Green Party in the 2017 general election campaign before being co-opted on to the council in November last year, aged just 18 and 2 weeks, making him the youngest town councillor in the country.

A-level student Cameron, who lives in East Cowes, says he is standing to make a difference on a number of issues including improvement to the Cowes Floating Bridge, the completion of Saunders Way and the prevention of development on greenfield sites. He said all these are strong environmental issues. Cameron has also been bringing his political acumen to the classroom, joining his sixth form leadership team to ensure the student voice is heard at the academy. He also worked to arrange climate change hustings at the last general election, helping to get students interested in politics, and he helped create lessons on climate change with former Cowes student Kieran Wetherick.

Having joined Cowes Enterprise College in Year 7, Cameron is currently studying for A-levels in history, philosophy and psychology, as well as an extended project qualification into child development. After school, he is hoping to study primary education at the University of Winchester, but Cameron said his commitments to constituents would come first; if he is elected, he plans to take a gap year to focus exclusively on council work and says he would then commute to the university from the Isle of Wight, again allowing him to focus on local issues and council work.

Matthew Ambrosini is on course to make history after becoming one of the youngest people ever to stand for election in the UK, turning 18 with just a few days to spare to entitle him to run. He will be representing the Conservative Party in a bid to be elected for Newport Central on the Isle of Wight Council. He’s standing to be a councillor in order to make a difference, he says, and to be a voice to represent residents of all ages, including young people. Matthew is passionate about creating an environment that works for everyone and is dedicated to modernising the infrastructure of the region, particularly in regard to improving roads, and walking and cycling routes. His plans also include using brownfield sites and disused buildings to regenerate the town.

Matthew says that he has always been political, and he enjoys discussing current affairs with his friends. However, it was only after joining the Young Conservatives on the island two years ago that he became really invested, and when the Conservative Party suggested he stand for election, he leapt at the opportunity. Matthew expects that this is the first step of many in his political career, as he has aspirations to one day become an MP. Alongside his political ambitions, Matthew is studying for his chemistry, computer science and geography A-levels, and hopes to go on to study computer science at university. However, he says that in the event that he is elected, he plans to live on the Isle of Wight and commute to the University of Southampton, so that he can fulfil his commitments as a councillor.

Callum and Matthew’s teachers and friends at Cowes Enterprise College have been extremely supportive of their decisions to stand for election, and everyone has been helping them to prepare for what will come with it, including debates and media appearances.

Matthew Ambrosini said: “I’d urge people who are considering voting to see my youth as an asset – I’m bringing fresh ideas to the table, and I want to represent young people who seldom have a voice in politics but will be the most affected by the decisions made.

“We’re in a period where politics has become very polarised, but I’m keen to be a councillor that listens to all sides of the argument, and I want people who have completely different opinions to be able to come to me to express them.”

Cameron Palin said: “When Caroline Lucas, the Green Party MP, visited the island it showed me how much she and her party care about local as well as national issues and I find that, and Caroline so inspirational. My other political hero is the former South East England MEP, Alexandra Phillips.

“I really want to be elected so that I can continue to represent the constituents of the Isle of Wight on the issues that matter most to them.

“With nearly six months’ experience already under my belt as a councillor, I know that I’ve got the skills needed to do the job, and I’m able to bring a new perspective to the role.”

Rachel Kitley, principal at Cowes Enterprise College said: “We’re all very inspired by Matthew’s drive and determination, and we are looking forward to following him on this journey.

“Like Matthew, Cameron is a passionate and determined member of our Cowes community, and throughout his time at the academy he has been committed to making a difference, both for our students and for local people more widely. We’re very proud to have politically active students like Cameron in our academy.

“I’m always proud of how our students really engage with current affairs as well as thinking about how they can have a positive impact on the wider community, and both students are a great example of that.”

Nick Hudson, CEO, Ormiston Academies Trust said: “Across the Trust’s network of schools, we encourage our students to develop their own thoughts and ideas on the issues that matter to them, and to think deeply about how they can be proactive in implementing positive change.

“Our schools have always stood at the heart of their communities, and it’s fantastic to see both candidates’ determination to represent their local area and make a difference.”