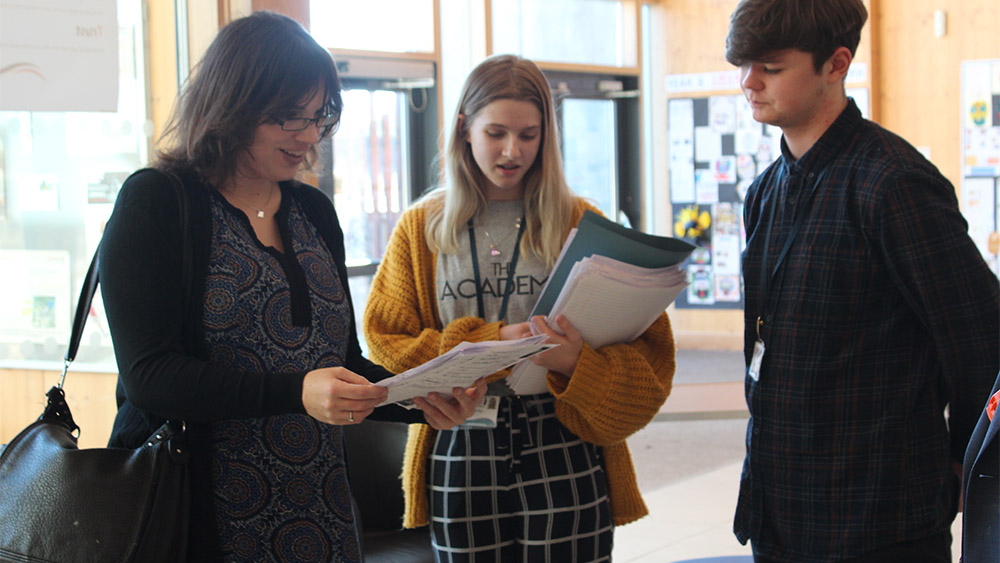 Pupils at Cowes Enterprise College designed their very own lesson on climate change in an engaging display of community action.

With global warming high on the national agenda and the Youth Strike 4 Climate protest, the academy played its own part in spreading an important message of social awareness when sixth form pupils designed a lesson delivered to every single class on Friday 15 February.

The initiative gave the academy the opportunity to play its own part in the international movement of ‘Fridays For Future.’ With the sixth formers supporting the delivery of the lessons, pupils followed the class by writing their own protest letters to local politicians, including MP for Isle of Wight Bob Seely and Vix Lowthion, the Green Party’s Spokesperson for Education.

Cowes Enterprise College’s Head Boy and Head Girl, Kieran Wetherick and Beth Pitts, were also delighted to welcome Vix Lowthion to the academy to hand over around 1,000 letters, all addressed to the Green Party and voicing the environmental concerns of pupils.

Rachel Kitley, Principal at Cowes Enterprise College, said: “I am so proud to see such an incredible display of democracy in action at our academy. The lessons, delivered to every single pupil across the academy, were a brilliant way for pupils to show their social awareness and learn about what is such a timely and crucial issue.

“Personally, delivering hundreds of letters, written with such passion, about the environment was a great way for us to show local and national politicians our own way of making a difference. We look forward to creating similar opportunities in the near future.”