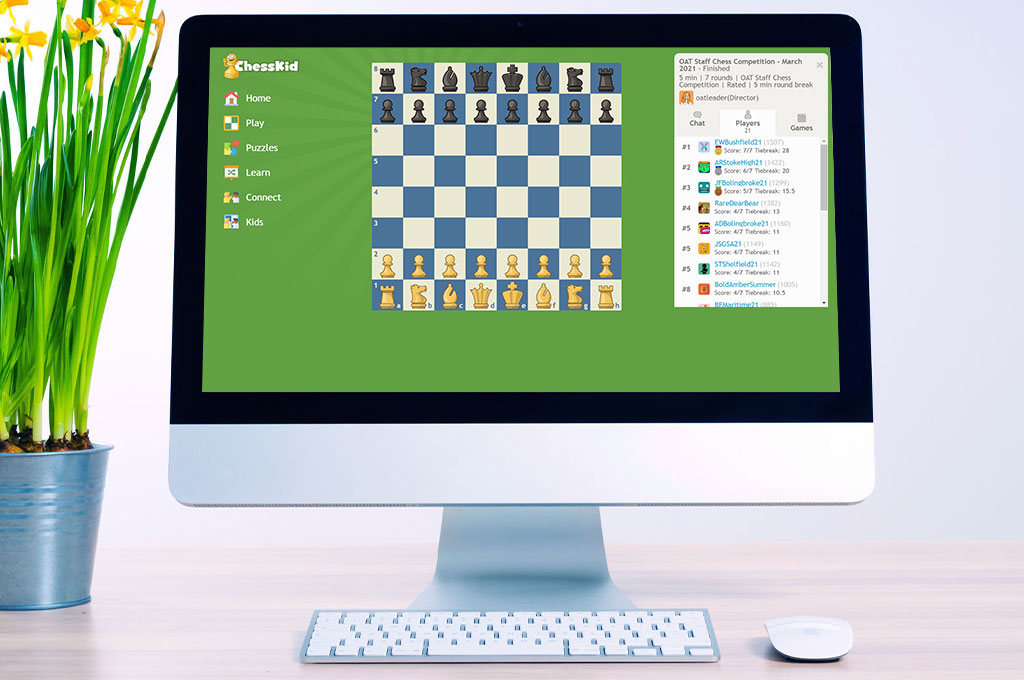 Following the success of the pupil chess club and competitions across the Trust, it was the turn of staff as a way of keeping in touch with colleagues during the lockdown, as well as generating some healthy competition.

On 13 March, the first ever OAT Staff Chess Competition took place. With five minutes per game and seven rounds, it was an intense Saturday morning. Twenty-one staff from across many of the 40 schools and head office took part in the competition, which was hosted on ChessKids.com.

A huge congratulations to Euan Wedge at Ormiston Bushfield Academy who topped the table winning all of the schools matches and was awarded first place! Euan had close competition from principal, Andrew Robinson at Stoke High School, who took second place, and Jason Frost at Ormiston Bolingbroke Academy who came in third.

The event was well received and many of the staff who joined in had never taken part in a chess competition before saying the thoroughly enjoyed and could see how the ChessKids could be used for the pupils in chess club. Plans are already underway with a staff competition in 2022.

Chess clubs across OAT schools was launched with the help of founding body Ormiston Trust, as part of its enrichment scheme which aims to broaden the horizons of students beyond the curriculum. Chess has proven a massive hit amongst students so far, and the Trust is aiming to continue to widen and encourage access in the year ahead.

The game is proving more popular than ever amongst students and throughout the pandemic the usual OAT-wide pupil competitions have had to move online. The club is now attracting 462 participants, up from 262 last year. Now students across the Trust can look forward to this year’s OAT Student Chess Competition, with dates to be announced shortly. All schools are being invited to register.

“Chess has been one of the key activities we have championed as part of our enrichment offer across our schools and it’s brilliant to see that now staff are getting involved and finding new and innovative ways of working, like the pupils, to remain engaged and connected during the lockdown.”