‘Make Yourself Heard’ for #commandoflanguage 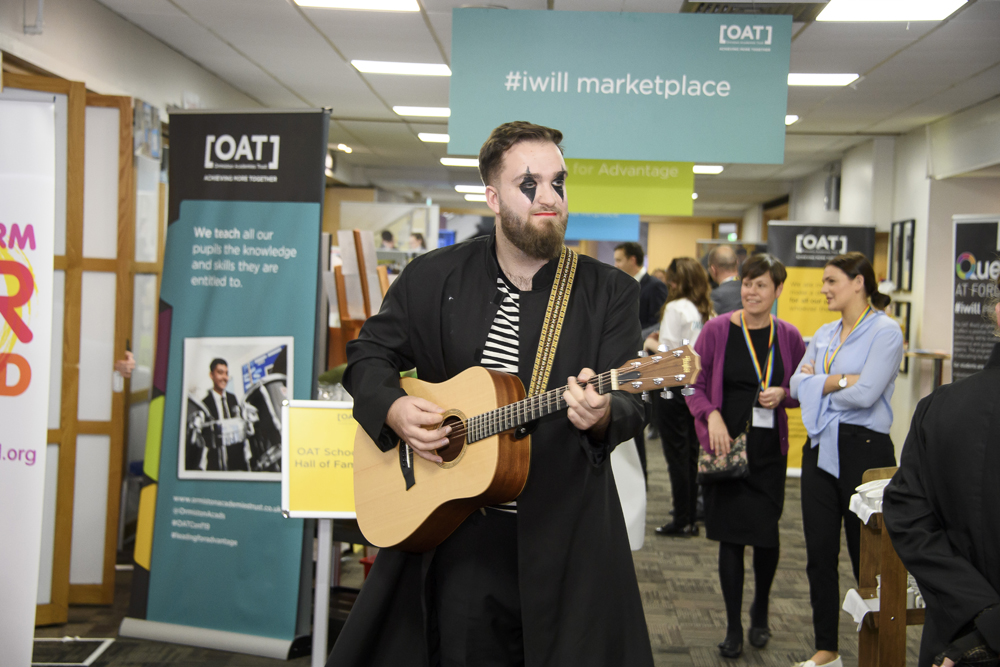 Box Clever Theatre Group performed a modern version of Charles Dickens’ A Christmas Carol, weaving in and out of the audience. Their performance was layered with humour, while also bringing emphasis to the power of words.

To further the launch of this new programme a public speaking competition – Make Yourself Heard – was opened to academies, giving two students a chance to attend the OAT Annual Awards ceremony in London. The idea of the programme is for teachers to take language in a different direction, teaching students how to use words most effectively. Providing teaching aids, including future online video help for teaching practice, the aim is to create a national movement in the way language is taught across OAT academies.

The first stage of Make Yourself Heard was academy heats. Students were encouraged to perform a speech on a subject they were passionate about. They also had to consider what makes a good speech – projection of the voice, eye contact, intonation, effective language and purpose.

The subject choice was wide open, with many colourful topic being covered, ranging from very current issues such knife crime and the connection between social media and childhood depression. Ecological issues were also brought to light; the negative effects of palm oil and the drop in the bee population, as well as subjects we hadn’t even considered, from positive mindsets to the differences between llamas and alpacas!

The South regional heat had a few miles of logistics, such as locations and transport, that initially caused some difficulty in arranging. However, Regional Director (South) Luke is making his rounds to academies in the South, making this opportunity accessible to everyone.

OAT students are making themselves heard!

In 2018, the school’s sponsor, Ormiston Academies Trust (OAT), secured £2 million of funding from the #iwill fund and national charity Ormiston Trust to run social action projects across OAT’s network schools. Since then, pupils have been taking part in #iwill’s national campaign and working to improve the wellbeing of themselves, their peers and their local communities. ‘Make Yourself Heard’ is an amazing additional strand to the campaign. Encouraging students to really consider the language they use and how it can be applied effectively in their future careers.