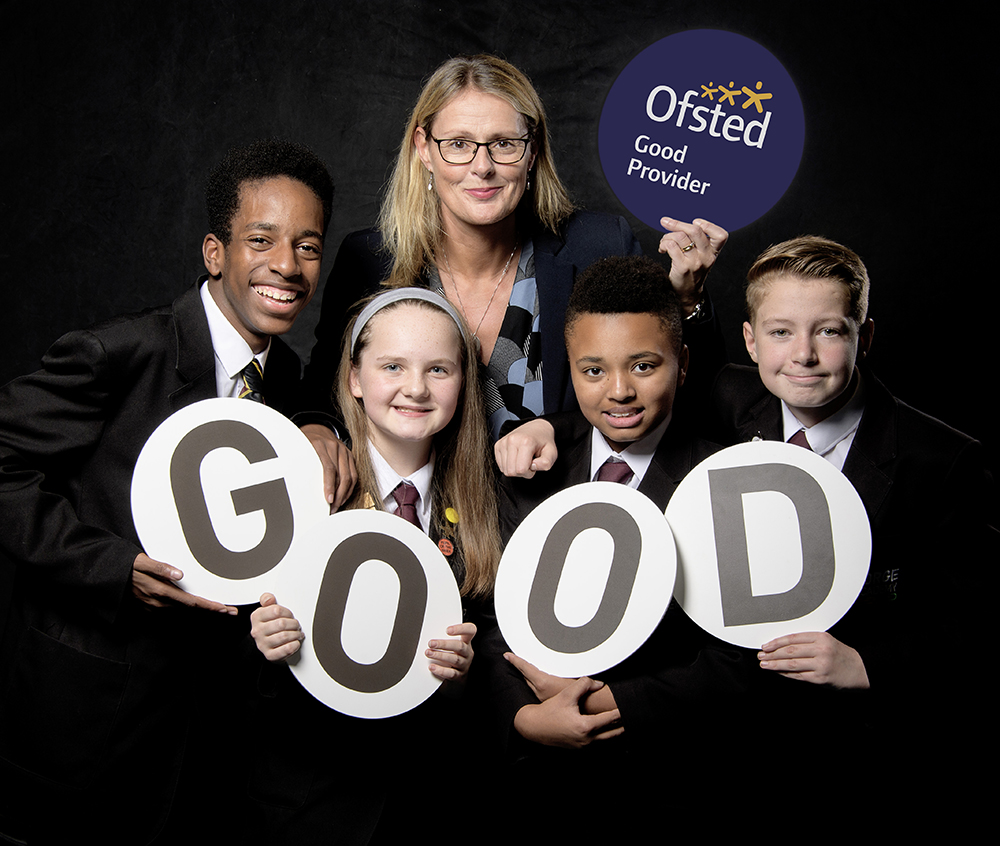 Students and staff at Ormiston Forge Academy are celebrating today after Ofsted has once again rated the academy ‘Good’, recognising its continued success.

The inspectors described the secondary school in Cradley Heath as a very caring school, where students feel happy and safe as part of the Forge Family. The report also highlighted that “leaders are ambitious for every pupil and work hard to give them the best possible opportunity”, with teachers at the academy also setting high expectations for students.

Ofsted also noted that students at the oversubscribed academy on Wrights Lane in Cradley Heath, develop a responsible interest in the world around them thanks to the high priority given to spiritual, moral and cultural education that’s threaded throughout the school.

The report also recognised the positive role of the OAT and the school governors, noting how they both work closely alongside the academy offering appropriate support and challenge.

The academy was previously rated ‘Good’ by Ofsted in March 2016. The latest inspection once again confirms the success of the academy, which continues to be on a strong upward trajectory.

Principal of Ormiston Forge Academy, Dr Lisa Mason, said she was “delighted” with this latest Ofsted inspection and added:

“This report is a real testament to our students, staff and our community who have all worked together to make the Forge Family and our school a success. They deserve the best and we’ll be relentless in sustaining these high standards and pushing on to the next level, as we work towards becoming an Outstanding school.

“I would like to thank Andrew Burns, our previous principal, who laid the foundations for this success and continues to support us as Executive Principal. I am proud to be continuing his work and to serve our community by removing barriers to education and ensure that our students have the very best opportunities available to them.”

“Our young people are at the heart of everything we do, we make decisions that will have the biggest positive impact on them and their lives. They’ll leave us culturally and academically richer and I’m delighted that Ofsted has recognised this.”

“We are so pleased that the continued excellence and high quality of education at Ormiston Forge Academy has been confirmed by Ofsted and I would like to congratulate everyone involved. We look forward to continuing to support the academy as it pushes to achieve even greater heights.”