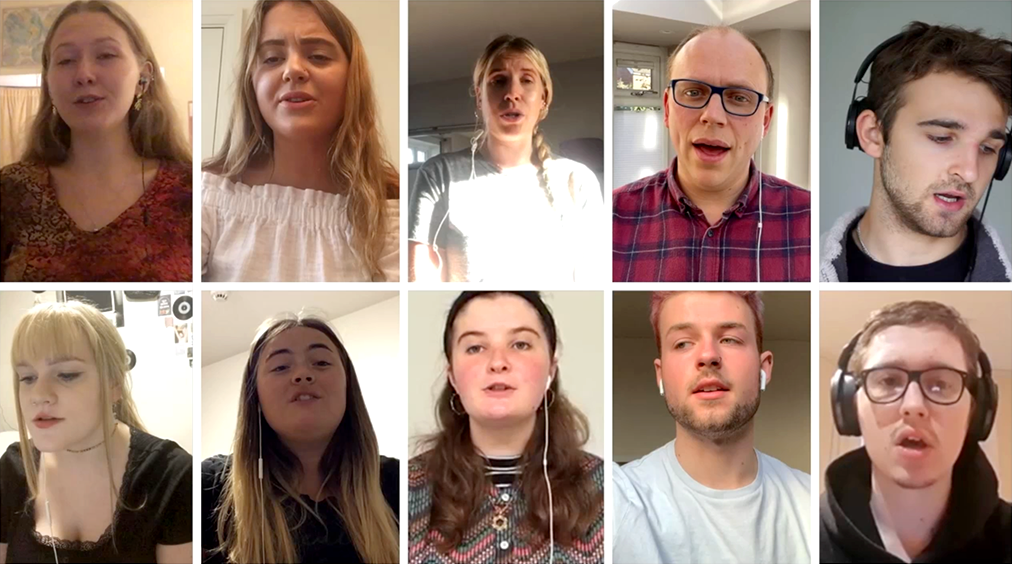 Students and staff across the OAT family have found special ways to ensure Remembrance Day commemorations went ahead this year, despite the unusual circumstances.

Ormiston Sudbury Academy hosted their 11th Remembrance Day ceremony this year, together with the Sudbury branch of the Royal British Legion.

This year of course, the tradition has had to be done differently, with events filmed separately and then broadcast on Facebook live for students, families, and the wider community to watch from home.

The commemorations included performances from Ormiston Sudbury Academy students, readings from members of the Sudbury Branch of the Royal British Legion, a short church service and a moment to reflect on and remember those who have fallen in wars and conflict.

Following on from the ceremony, this year the Academy has already raised nearly £400 for the Royal British Legion, and they are continuing to collect in donations.

“Although things had to be done a little differently this year, the Remembrance Day event was exceptional, and I’m extremely impressed by what students and staff have pulled together.

“It’s also been our privilege to have been able to join up with those at the Royal British Legion once again, and we’re really pleased that we have been able to raise money for such an important cause. Charity and supporting our local community continue to be an extremely important part of our academy life, and I’m proud that this tradition is persevering despite the challenges we are all facing.”

Students at Sandymoor Ormiston Academy also ensured veterans were included in their commemorations. Originally, students had planned to visit care homes and deliver the service, but due to national restrictions they had to get creative with how the service could be accessed.

Instead, students read out selected poems, speeches, and first-hand accounts of personal experiences, whilst explaining why Remembrance Day is important, both to them personally and to the academy, and these readings were filmed and put together before being sent to the Halton Royal British Legion to share with veterans.

As a result, the Halton Royal British Legion have invited students to attend their breakfast club once restrictions are lifted, so that they can meet and chat to the veterans in person.

“At Sandymoor, we take great pride in our community and at this difficult time, our students wanted to reach out at let our local hero veterans know that we are still here paying our respects even though we are unable to be there in person.”

Similarly, at Cowes Enterprise College students conducted their usual events and activities, but this time within their class bubbles. All separate aspects of the ceremony were filmed and then streamed to the whole academy, so that they could all share in the Remembrance.

Selected students from each year group took it in turns to lay crosses in the garden of remembrance to represent those from the local community who have fallen in conflict. There were also readings from students and an educational piece delivered about times of conflict from the academy’s Head of Humanities.

Normally there is a commemorative march, with students who are part of the CCF (Combined Cadet Force) leading and members of the Cowes Band accompanying them while playing songs on their trumpets. Although students were unable to march this year, the school replayed footage from last year’s march in the film.

To complete the memorials, the entire academy was involved in creating an installation of doves, which students wrote messages on to represent peace and hope at the academy.

Students from bubbles across the school were filmed, as well as members of the community, the local vicar, and the Mayor of Cowes.

At Ormiston Bolingbroke Academy the day was also commemorated with artwork, as Year 7 students created a giant poppy wreath to remember and commemorate those fallen in conflict across the years.

In such challenging times, the academy on Barnfield Avenue wanted to help the Royal British Legion raise awareness of the 2020 poppy appeal and really took on the advice to make ‘every poppy count’. Students were each given a single plain poppy to use as a template or to colour in and return to school.

“We certainly did not expect such a large number of poppies to return. With over 400 being returned by one form group alone! We had originally planned to just make a large wreath using the handmade poppies but there were so many that students were also able to make a giant poppy out of poppies! As the head of Year 7, I am so proud the students really got behind this important community initiative and proved that this year, every poppy really does count.”

The year group collectively created over 1,000 handmade poppies and the finished wreath and poppy images are now prominently displayed in the Academy entrance to encourage all members of the school community to take some time to remember those who gave up their lives.

Veteran Phillip Bell commented on the excellent effort from the school’s newest members and said:

“Thank you. Be very proud of what you have done. You are the future of remembrance. Lest We Forget.”

Meanwhile, it was a day that’s particularly close to the hearts of the community at Ormiston Park Academy because a prior student, Lance Corporal Nicky Mason was sadly killed while on duty in Afghanistan.

Nicky’s father came into the academy to watch the ceremony and was presented with a plaque that will now hang in the school’s reception.

Ormiston Forge Academy also provided a beautiful display of remembrance of behalf of the OAT family in a short video. Click here to view.