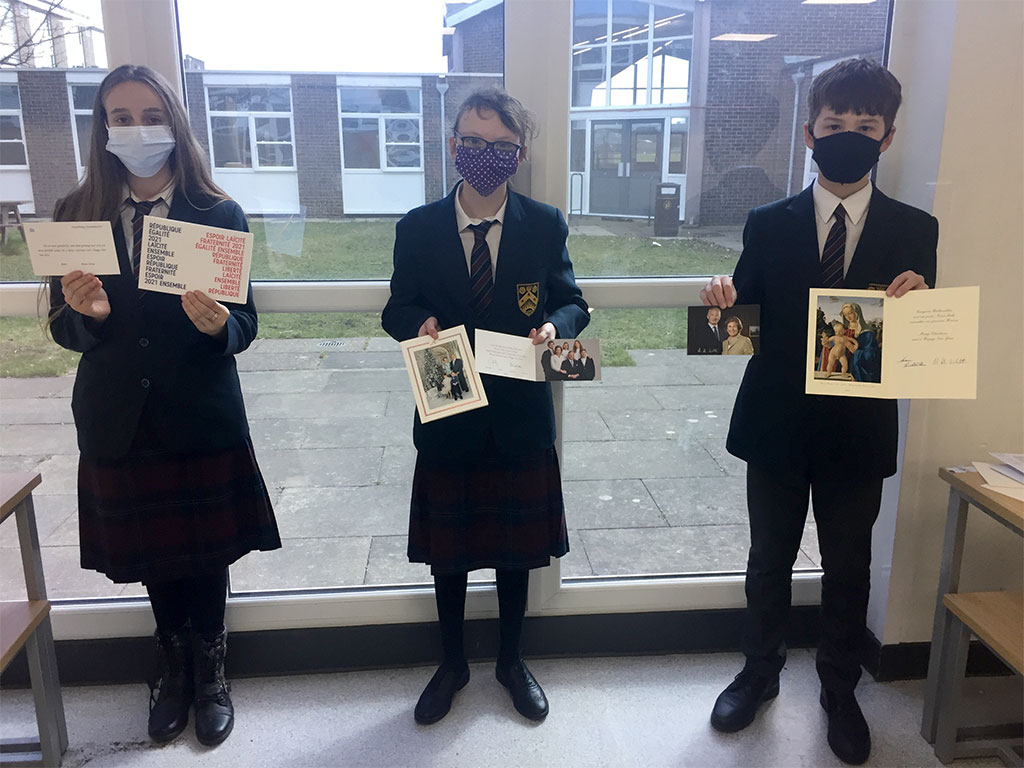 Year 7 students at Ormiston Denes Academy in Lowestoft have had an exciting surprise, following letters they wrote to royal families across Europe as a way to practice their language skills, receiving an unexpected response.

Students at the academy first made Christmas cards to send to the royal families as part of their language lessons. On their return to school in March following the lockdown, the students were delighted to have received several replies from high-profile royal and political figures across Europe.

The students received cards and letters from the royal families of Belgium, Luxembourg, Monaco and Liechtenstein as well as from the French President, Emmanuel Macron, and the replies are still coming in.

Discussing the project, co-head of MFL, Georgina Best said: “Our students were so excited to write their cards and they spent a lot of time and effort making them, so it’s been really heart-warming to see them get so many replies.

“Since they’ve come back to school in-person we’ve been able to get the cards out and look at them, talk about where the different countries are and learn more about the European royal families who sent them.

“Some of the cards we received also included photographs of the family members as well which was lovely, and they had some letters inside wishing the children well for their education which was so thoughtful. They’ve definitely started a conversation in the classroom and the students have been absolutely delighted to receive such exciting post.”

Students have been learning where the three languages taught at the academy – French, German and Spanish – are spoken as part of the project, which also gave them the opportunity to learn about seasonal traditions and greetings in those countries.

Joint co-head of MFL, Polly Grice said: “It’s been such a lovely way for our students to use their languages to communicate and to get something physical to look at when for so long everything has been online only. Hopefully it has shown our students how their skills can have a use in the real world, but the highlight for me is definitely just seeing their reactions to getting the cards, they have really spread some joy in the classroom.”