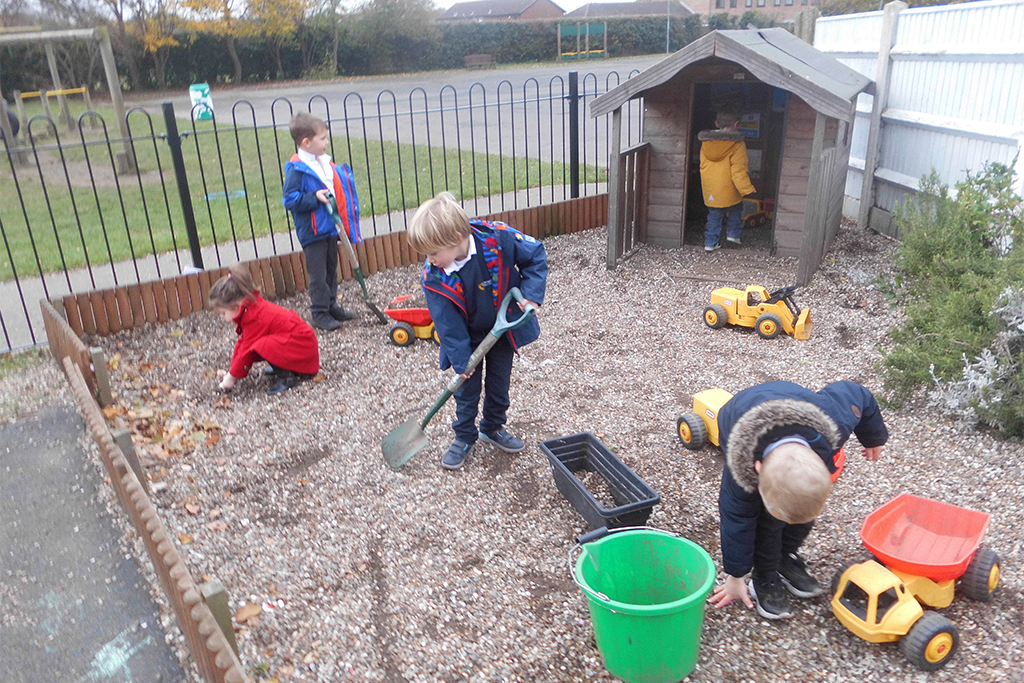 Ormiston Herman Academy in Great Yarmouth has been shortlisted for a nationally recognised Tes Schools Award due to its exceptional work in Early Years.

Nominated in the ‘Early Years Setting of the Year’ category, the awards celebrate the extraordinary commitment, quality and innovation shown by teachers and school staff across the UK.

The shortlisting builds on Ormiston Herman Academy’s 2017 Ofsted report, which gave an Outstanding judgement for the academy’s Early Years provision.

The academy uses a creative curriculum, strong phonics delivery and positive parental partnership to support its students. Through its ‘Book Swap’ table, regular ‘Story Cafes’ and ‘Stay and Play’ sessions, the school has fostered a deeply supportive network. This has resulted in 100% of children completing home learning activities.

The curriculum is also enriched by visitors from the Gorleston community, who provide exciting learning opportunities. These have included members of the emergency services, local farmers, and workers from animal sanctuaries.

The academy is situated on the Magdalen Estate, which is within the most deprived 10% of electoral wards in Britain. However, the school has consistently ensured a higher proportion of children achieve a “Good Level of Development” than national and local averages.

Due to coronavirus restrictions, the annual awards ceremony is taking place online this year, with the winner set to be crowned on Friday 13 November. More details can be found at the Awards’ website.

“We are absolutely thrilled to be nominated for this award, especially during such a challenging year for everyone working in Early Years.

“I would like to sincerely thank all the staff, parents, and indeed children for their tireless efforts and support over the past few months, and I am very proud that the school has been recognised in this way.

“There may not be an award show in person this year, but this is still a great reason to celebrate, and I look forward to hearing the results in November.”

“We’re exceptionally proud that Kate and the team at Ormiston Herman Academy have been shortlisted for their fantastic work in the Early Years.

“The TES Schools Awards celebrate the very best educators in the country, and Ormiston Herman Academy thoroughly deserves its place among them. This nomination is testament to the academy’s hard work, innovative thinking and diligence

“Teaching in the past few months has been exceptionally challenging. Staff at Ormiston Herman Academy have been fantastic in the way they have supported pupils through this time and are a real example of the dedication and positive outlook that we champion at Ormiston Academies Trust.”