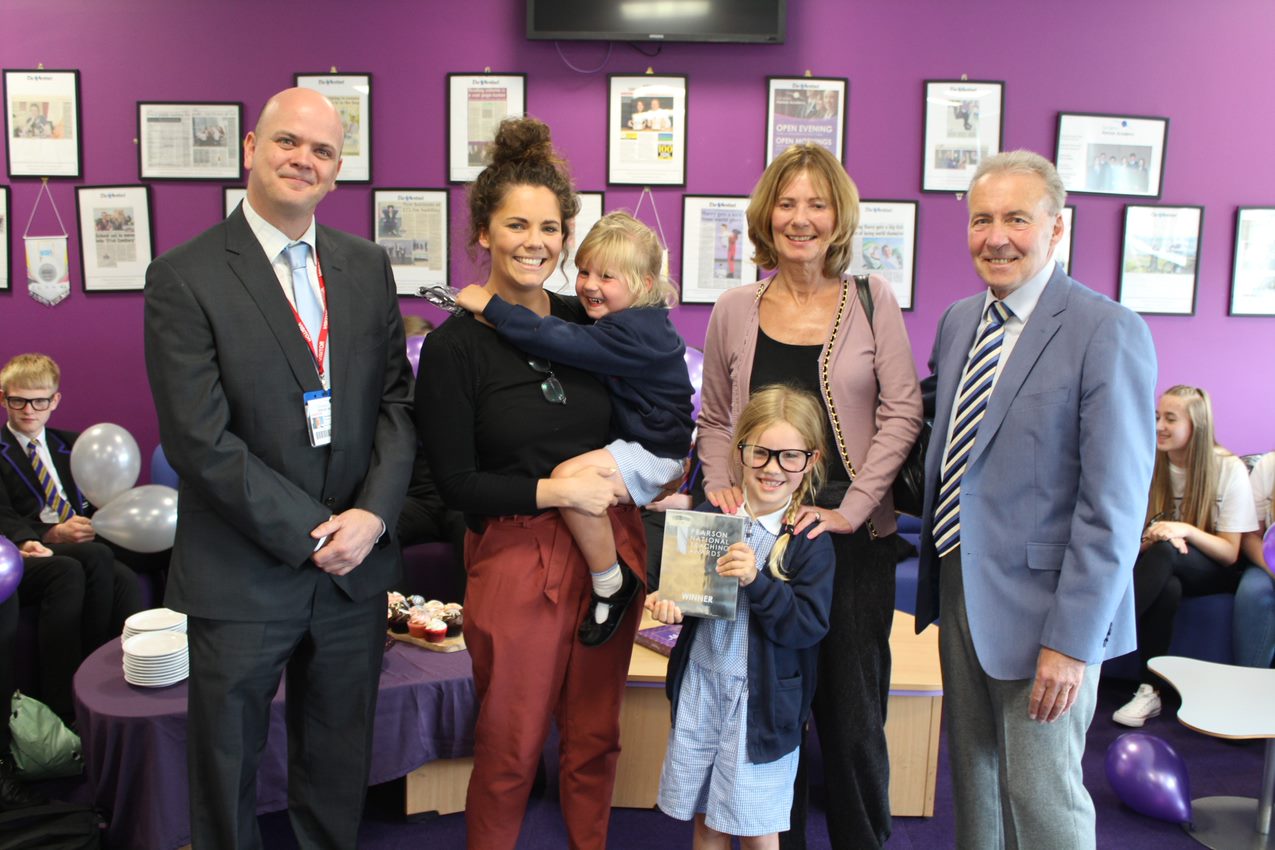 Nicola Whiston, Director of Teaching and Learning at Ormiston Horizon Academy has been announced as one of just 68 national winners of the prestigious Pearson Silver Teaching Award.

The award follows the recent ‘Thank A Teacher Day,’ on 19 June, and as the Pearson National Teaching Awards marks its 21st year of celebrating excellence in education. Award-winning Nicola, who last year was named as ‘Maths Teacher of the Year’ at the Tes Awards, will be presented with a Pearson Silver Teaching Award trophy at the school to celebrate her outstanding achievement.

The Pearson National Teaching Awards is an annual celebration of exceptional teachers across England, Wales and Northern Ireland and was founded in 1998 to recognise the life-changing impact an inspirational teacher can have on the lives of the young people they teach.

Ormiston Horizon’s Nicola has also been shortlisted to win one of just 13 Gold Awards at what is known as the UK’s ‘Oscars for Teachers.’ She will join fellow Silver Award winners at a national ceremony held at the Roundhouse on 20 October, before the glittering event is broadcast on BB2 on 27 October during ‘Britain’s Classroom Heroes’ as a showcase of excellence in education. Previous award presenters include former Prime Ministers David Cameron and Tony Blair, as well as sports and TV personalities including Shirley Ballas, Helen Glover, Brendan Cole and Nadiya Hussain.

“I am honoured to have won a Pearson Silver Teaching Award. Education and teaching are my passions and I know the lasting impact that teachers can have upon the lives of young people.

“I am also delighted to have been shortlisted for a Gold Award and I look forward to celebrating the successes of teachers across the country at the ceremony in October.”

“We are really proud of Nicola’s success. It is a fantastic achievement not only for her and her family but for all of our students and staff.  Nicola’s hard work and dedication reflects all of the staff at Ormiston Horizon Academy and she is just one of a number of staff who could have been nominated for this award.”