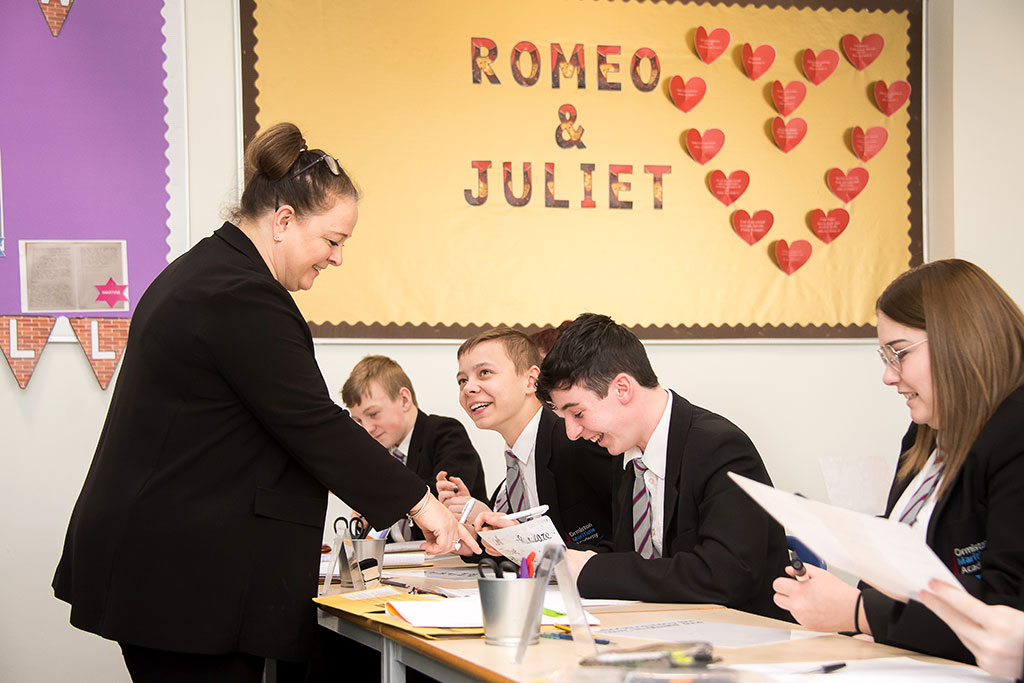 Leaders and staff at Ormiston Maritime Academy have been praised by Ofsted for taking effective action to drive improvements and raise standards at the school, following its latest monitoring inspection.

Having visited the academy on 30 June, inspectors noted that leaders, including its principal Mrs Carrianne Robson, have a clear vision for the school and high aspirations for all its students. As a result, there has been a unified effort to deliver the academy’s plans for improvement which have been focused, coherent and are helping it to rapidly become a good school.

Supported by a “highly motivated” team of leaders, the academy has introduced a refreshed curriculum which is broad, balanced, and meets the needs of all students. The new curriculum now gives students the opportunity to experience an even wider range of subject areas, including access to the full English Baccalaureate.

Similarly, inspectors recognised that the academy’s governors have a strong relationship with the school and are focused on improving the academy by strategically supporting and challenges leaders to offer students the best opportunities to succeed.

The academy’s commitment to high standards, discipline and inclusivity was praised. When speaking to inspectors, students themselves spoke positively about the academy’s reward scheme, which recognises the importance and impact of good attendance, and work continues in this area. For students struggling to manage their behaviour, inspectors noted that leaders ensure they remain full and integral members of the school community, whilst being supported.

Principal Carrianne Robson, said: “We are thrilled that Ofsted has recognised the hard work, commitment and passion that students, staff, the Trust, our Governors and our wider school community has put in to get Ormiston Maritime Academy to where it is today.

“We are incredibly proud of what we have achieved so far and are pleased that inspectors have recognised the effective action we are taking in order for the academy to become a good school. Even so, we know that there is a great deal more to do and we remain absolutely committed to continuing on this positive trajectory so that we can deliver the very best outcomes for our students, and everyone associated with the academy.”

“We have been pleased to work very closely with the academy, including its brilliant leadership team, to support its continued journey of improvement and we look forward to seeing what’s next in store for the academy as part of this very exciting and ambitious next chapter.”