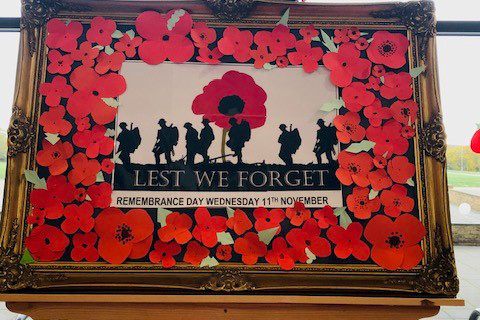 Students and staff at Ormiston Park Academy, took time out of their lessons to pay their respects to all those who have fought for Great Britain.

This included honouring Lance Corporal Nicky Mason, who was previously a student at Ormiston Park Academy and was sadly killed while on duty in Afghanistan. Nicky’s father came into the academy to watch the ceremony and was presented with a plaque that will now hang in the school’s reception.

‘Respect’ is one of the core values at Ormiston Park Academy, and students and staff were glad they were able to find a way to honour Remembrance Day despite the unusual circumstances.