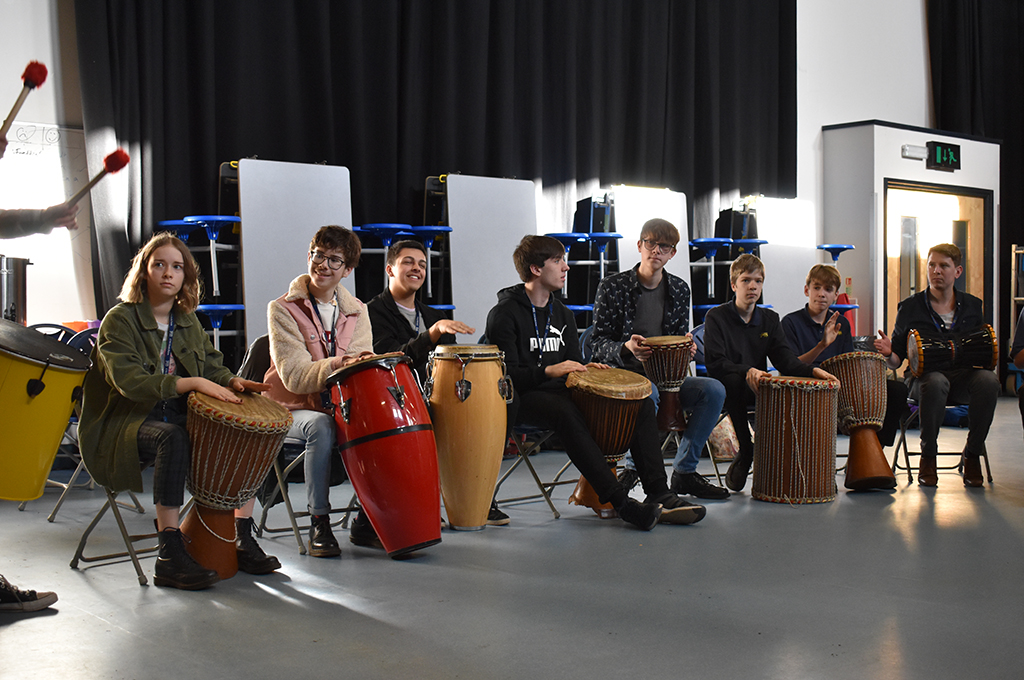 City of Norwich School (CNS) has been nominated for a Silver Award in the prestigious Pearson National Teaching Awards, the Education’s equivalent of the Oscars.

The nomination was in the “Impact through Partnership category”, recognising the school’s unique partnership with the London Guildhall School of Music and Drama. Selected from thousands of entries, the nomination means that CNS is one of 87 lucky shortlisted nominees who will now be in the running to win a Silver Award. If successful, it will go on to compete to win one of just 14 Gold Awards later in the year.

The Pearson National Teaching Awards is an annual event that was founded in 1998 by Lord David Puttnam, to recognise and celebrate the life-changing impact that inspirational teachers can have on the lives of the young people they teach.

Due to the extraordinary circumstances that we currently find ourselves in, judging for the Silver Awards will not be taking place in schools or colleges this year, but will instead be moved to a virtual system with video and telephone interviewing forming part of the process.  The final 14 Gold Awards will be announced at the televised UK ceremony planned later in year and will be broadcast on the BBC as ‘Britain’s Classroom Heroes’.

City of Norwich School has had a partnership with the London Guildhall since 2014 and through this, the Norfolk Centre for Young Musicians has been established. The partnership brings many opportunities to CNS students from master classes and composition workshops through to recitals, concerts and visits to the Guildhall and Barbican in London. It gives students the opportunity to experience and perform at the highest level and sharing their experiences in the wider community.

“City of Norwich School has an excellent reputation for music in the City and County as a result of the superb partnerships with the Guildhall School of Music and Drama and the Norfolk Music Service. Performing Arts Faculty Leader, James Sunderland works tirelessly to ensure these partnerships are working to the benefit of students, promoting a life-long love of music participation. We are delighted that this achievement is being recognised in the National Teaching Awards”

“Congratulations to all of the amazing staff in the running to win a Silver Award. This is fair recognition of the outstanding job they are doing and their efforts in going well beyond their role to make sure their students get every chance in life.

“Now more than ever is the time to appreciate our teachers and the fantastic work they are doing. I am honoured to be part of these Awards and to play my part in acknowledging teachers for the incredible job they do.”