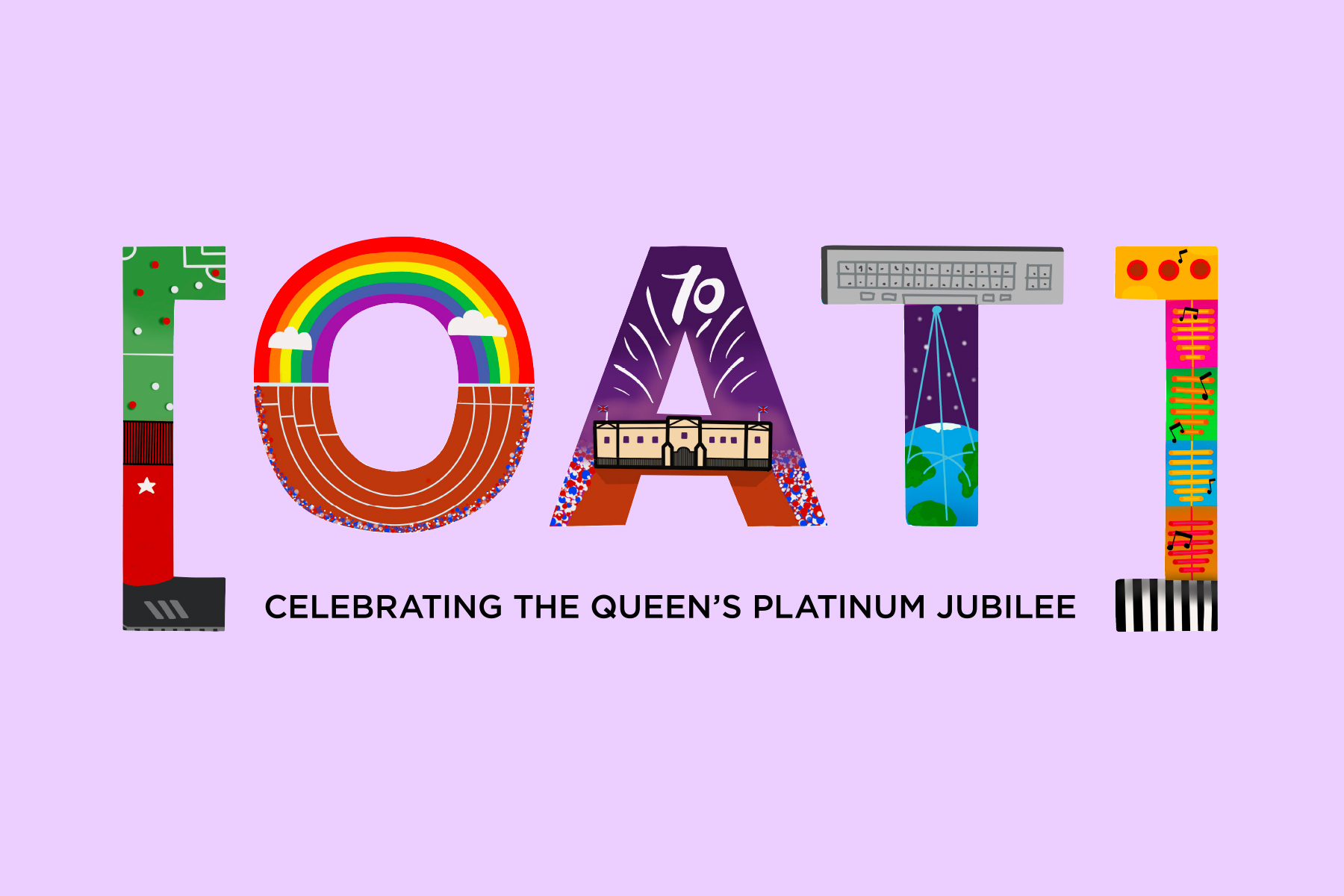 Darcey, from Broadland High Ormiston Academy, is our overall winner with this fantastic design.
FacebookTweetLinkedInPin

In honour of the Queen’s Platinum Jubilee, OAT organised a Trust-wide competition for pupils to design a themed logo inspired by the Jubilee.

The main task for the competition, which was called “Drawbilee”, was for the pupils to re-design the OAT logo in a way that would celebrate the Jubilee. The pupils were able to interpret their own meaning behind the competition which led to a wide range of imaginative designs.

The “Drawbilee” competition was a great opportunity for the pupils to get creative and connect their drawings to history, and interests, in celebration of the Her Majesty the Queen’s 70 years in service.

Darcey Wright, a Year 8 pupil from Broadland High Ormiston Academy was awarded the top prize for her fantastic design that celebrates the key moments in British History. This included exciting events such as the 1966 World Cup and the 2012 Olympics.

Overall winner, Darcey said: “I have taken a celebratory approach to my design with key moments in British history over the last 70 years creating the letters of the OAT logo.

“The 1966 World Cup (pitch and boot in the bracket), the Covid-19 pandemic (rainbow), the 2012 London Olympics (racetrack) in the O and the birth of the internet (keyboard and earth) in the T are all represented through my digital art created using the Procreate app.

“My design features Buckingham Palace at the centre, with fireworks and people lining the Mall to celebrate Queen Elizabeth’s reign. Finally, The Beatles complete the design with references to the Yellow Submarine, Sgt Pepper’s Lonely Hearts Club Band and Abbey Road in the bracket.”

Pupils from Ormiston Sudbury Academy, Ormiston Sir Stanley Matthews Academy, Cowes Enterprise College, George Salter Academy and Packmoor Ormiston Academy were also named as winners of the competition in each of their regions.

All of the pupils who participated did an incredible job at designing really great logos that showcased the rich history of The Queen and the UK over the past 70 years.

Jenny Nicholls, senior lead practitioner for humanities at Ormiston Academies Trust, said: “I want to say a huge well done and thank you to everyone who submitted such fantastic and creative designs.

“It was really great to be able to organise a Trust-wide initiative that brought all of our pupils together to celebrate such a momentous event.”

All our winning designs