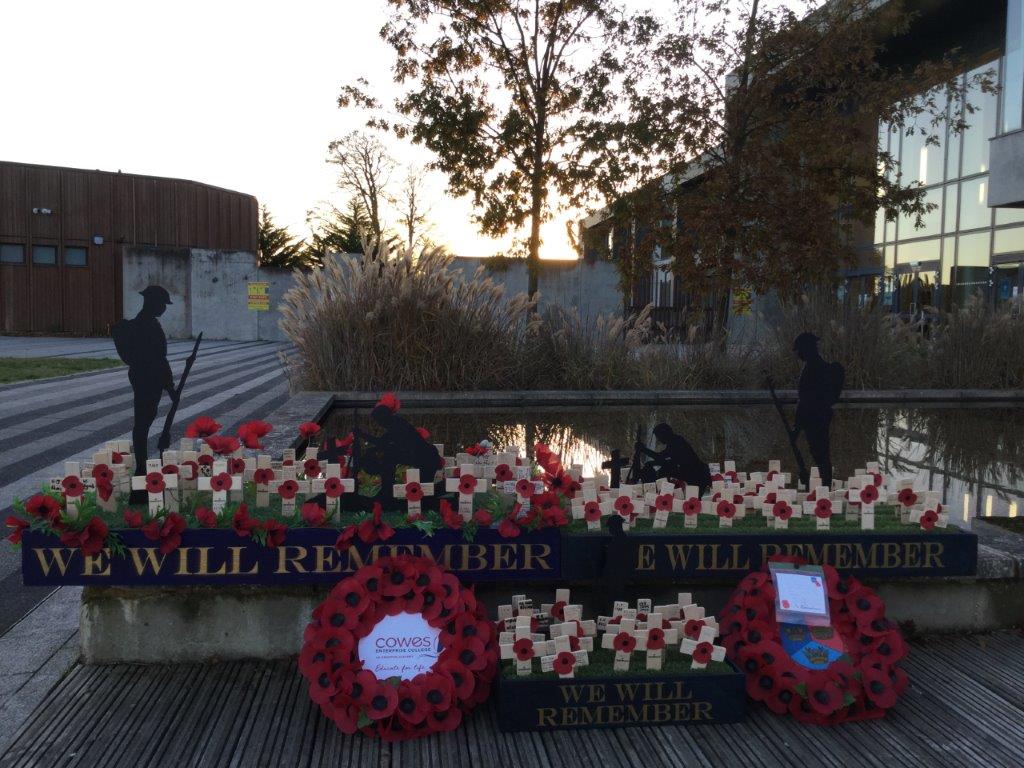 Every year, students and staff at Cowes Enterprise College come together to honour Remembrance Day. This year, they have found innovative ways to ensure the tradition goes ahead.

The school conducted their usual events and activities, but this time within their class bubbles. All separate aspects of the ceremony were filmed and then streamed to the whole academy, so that they could all share in the Remembrance Day.

Selected students from each year group took turns to lay crosses in the garden of remembrance to represent those from the local community who have fallen in conflict. There were also readings from students and an educational piece delivered about times of conflict from the academy’s Head of Humanities.

Normally there is a commemorative march, with students who are part of the CCF (Combined Cadet Force) leading and members of the Cowes Band accompanying them while playing songs on their trumpets. Although students were unable to march this year, the school has replayed footage from last year’s march in their film.

To complete the memorials, the entire academy created an installation of doves, which students wrote messages on to represent peace and hope at the academy.

Students from bubbles across the school were filmed, as well as (socially distanced) members of the community, the local vicar, and the Mayor of Cowes.

Following a challenging year, Cowes Enterprise College is proud that it found a way to uphold its customs and honour a very important tradition.

“I’m really pleased that we have been able to honour Remembrance Day this year, although in a slightly different way to normal. Remembrance Day allows us to commemorate all those who have served our country, and particularly to remember those from our own community.

“Under the current circumstances and along with schools across the country, we have had to make lots of changes to the way we do things at Cowes, but it’s very important to us that our community continues to be at the heart of everything we do. That’s why events like this are so essential, because they give us the chance to all unite and take time to reflect.”