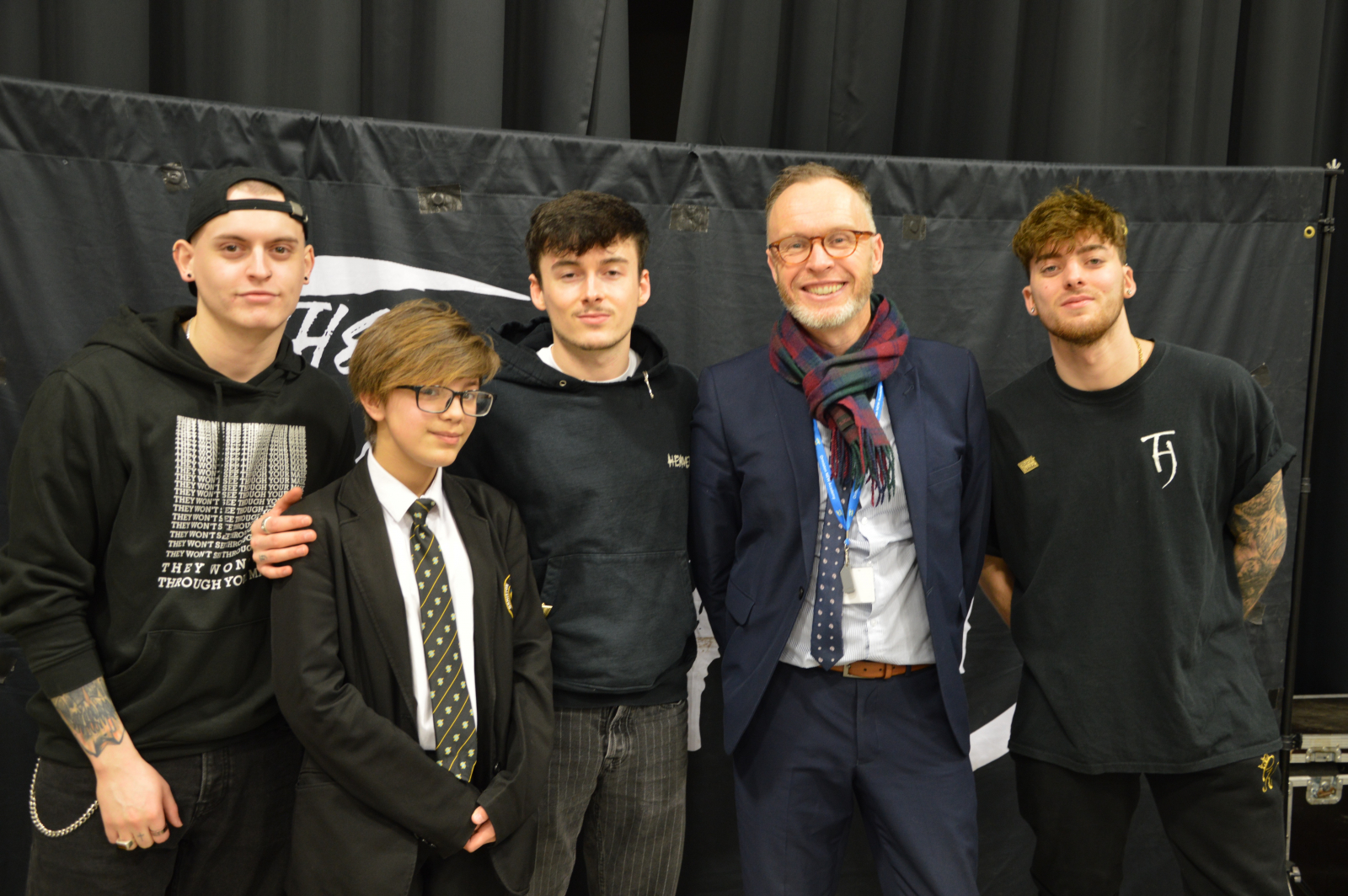 The band visited the school to deliver a performance for students and also to discuss important issues including mental health.

They played to a Year 8 assembly and also hosted a session with students interested in music during a lunch break. They spoke about a lot of issues like being safe online, using social media sensibly, body image and dealing with stress.

The band is made up of frontman Josh Taylor, guitarist Zack Breen and drummer Jack Kennedy and they formed the group in 2017.

‘Made To Be’ from their debut EP achieved #2 in the official iTunes Alternative Single Charts and the band have already completed three headline tours. The most recent EP, ‘Tramp Brain’ peaked at #3 in the iTunes Rock Charts in September 2019. Although comprising just three live instruments, the band give a full live sound through the use of pads, triggers and stems, emulating thirty instruments whilst on stage.

The band is touring extensively throughout the country in April and May and will be appearing at a number of festivals in the summer including Reading and Leeds, Download and Tramlines.

All band members had issues when they were younger and they encouraged students to seek support and help from friends, family, and school staff during challenging times. Most importantly they encouraged everyone to be kind to one another.

A spokesperson for the band said: “It was great to rock with the students at Ormiston NEW Academy. We did a great music workshop and played for loads of students. Most importantly, we’ve been able to share our journey and messages about mental health.

“Being mental health awareness week, there is no better time to open up, be kind and look after each other. It’s really important to everyone, all of the time. Start now.

“It’s good to see so many students listening and engaging with us on such an important issue.”