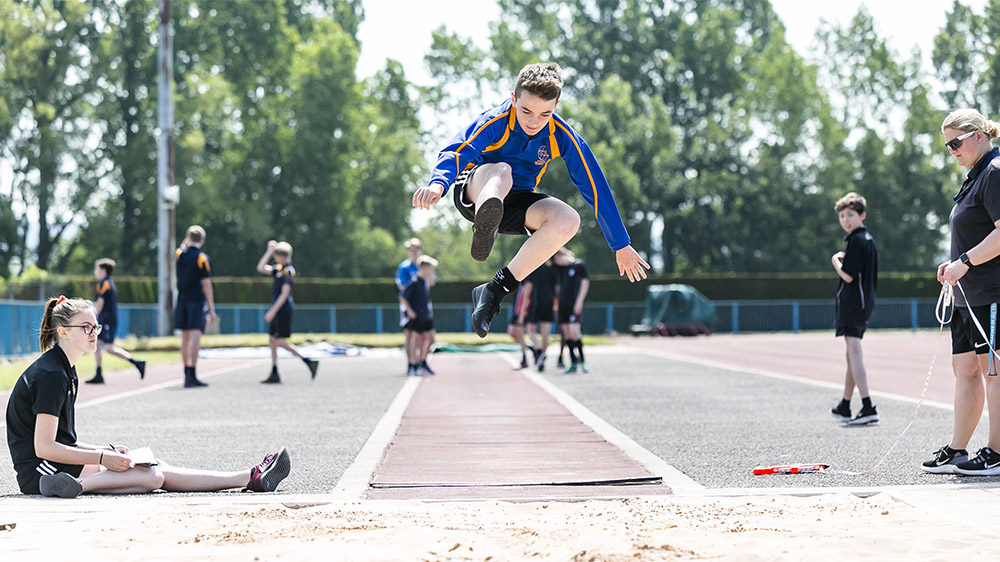 Eight schools from across the North and West regions joined together to compete in the esteemed OAT Sports Cup 2019.

Over 700 pupils and staff took part in the annual sporting event, where schools competed against one another for the cup across a variety of events – including athletics, dance, long jump, discus and team sports such as dodgeball, football and a crucial game of tug of war.

The Trust was once again joined by pupil sports leaders from each school to support the running of each of the events. This year saw the inclusion of an additional creative element, worth valuable scores, as schools were tasked to create their own banners and demonstrate strong school spirit.

The event was sponsored by Zurich Municipal and OAT, with the Trust’s Enrichment Department and Richard Spittle and Charlotte Mincher from Ormiston NEW Academy on hand to organise proceedings. Ormiston Horizon Academy in Chell retained their championship status as the OAT North and West champions, whilst Ormiston Shelfield Community Academy in Walsall took second place.

The OAT Sports Cup, now in its fourth year, has become an annual highlight for the Trust and an important opportunity to celebrate the sporting talents of young people across the national network. With this event organised for the Trust’s schools in the North and West regions, a similar sports was also organised in the East and South but was cancelled due to bad weather. A mini OAT Games was hosted for the one school that still continued on its journey to the venue, even in the torrential rain. There are now more plans for the East and South schools to meet next term and the Trust is excited to see what happens next.

Read more about how we celebrate sporting success across the Trust in our blog.

“The OAT Sports Cup is a real highlight in the school calendar and this year’s combined events were triumphant. It’s incredibly rewarding to see just how much the staff and pupils get out of the competition with the opportunity to test themselves and compete against their peers.

“We are thrilled that Zurich Municipal and OAT were able to provide sponsorship this year and we would like to extend special thanks to the school teams for their hard work and dedication.”